Have you ever wondered what I would look like with massive boobs? I’m not talking about a cup or two, I mean, MASSIVE BOOBS! Wonder no more, internet, because someone has stolen my photos, photoshopped huge boobs into the photos, and then posted them on various websites to reap the comment rewards. 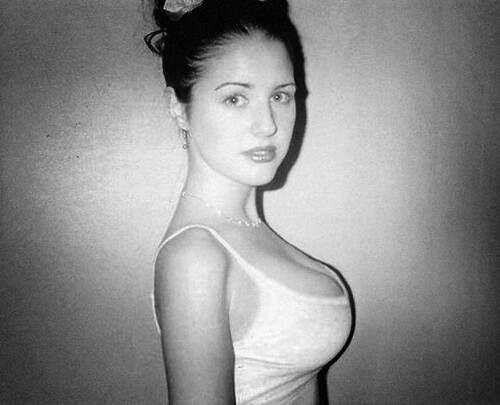 The photos appeared on Model Mayhem, MySpace and BodySpace profiles a few months ago. One commenter even remarked, “Your breasts are amazing! Real breasts look better than fake ones!” and another left a compliment “you have a great upper body!!” followed by a smiley face. After lodging complaints the photos were removed from the profiles, I felt kind of cyber dirty and flattered at the same time over the photoshopped boobies incident. A few months passed. I assumed the faker had learnt their lesson about stealing photos and photoshopping fake boobs into them.

Until a few days ago, when I received an email from Eric, who spotted the photos being used again on another BodySpace profile. The boobs are back and they’re bigger than ever!

It’s not the first time I’ve had my photos stolen and posted on a fake social networking profile. It’s happened so many times I’ve lost count. I was once contacted by an angry man accusing me of stealing photos from a girl he was dating online. Apparently he had stumbled upon my website and was shocked to see his beloved internet girlfriend staring back at him, when confronted about it she lied and told him I had stolen CD’s full of photos from her. After an hour of name calling on chat, wherein I tried to convince him that she was lying and the photos were indeed of me, I finally jumped on webcam to prove myself and shatter his illusions in one click. He apologised profusely and vowed never to date online again.

I’m sure there are many more profiles on the internet using my photos that I’m not aware of.