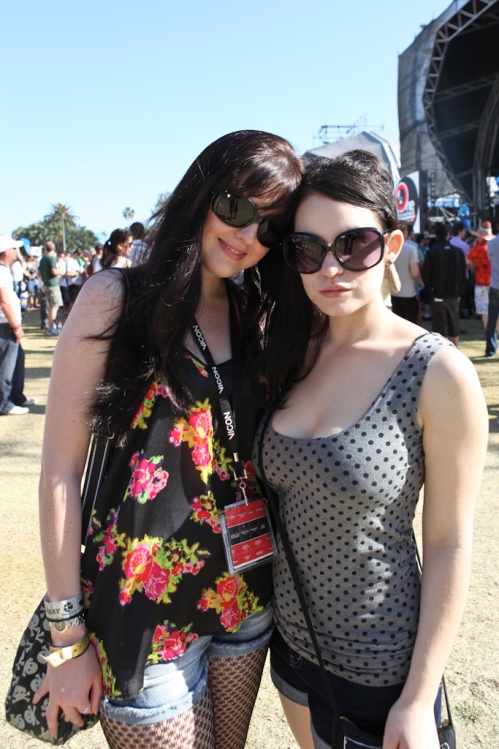 I managed to score a ticket to the One Movement festival in October, thanks to @lukecaporn and @KatBellaVanilla. Punters flocked to the music festival to dance like hipsters, drink sippy wine attached to lanyards, eat gourmet donuts and watch various bands perform over three days and nights. Sunday had a mellow feel, mainly due to the ‘sandwiches’ everyone was consuming, but also because it was a cold rainy day and everyone was too cold to be a douche bag. I spent my time hanging out with friends and taking photos with my bashed around pink bits (P&S Canon IXUS80 IS) while at the festival. 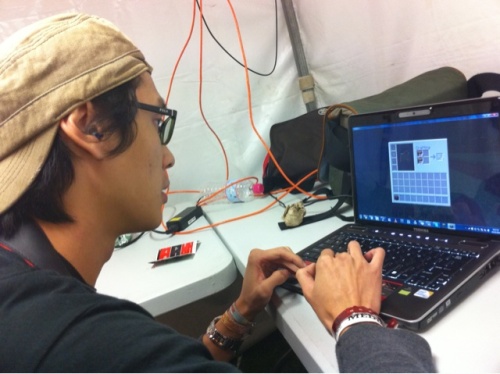 Meanwhile, Antz found time to play Minecraft in the media tent in between shooting bands with Devar.

Personally, the highlight of the festival was Grinspoon. The last time I saw Grinspoon perform I was in high school – I wore a short black Quicksilver dress, no sunscreen and military boots then lost my voice the next day – although time has passed they still put on a bloody good show.

The crowd surged the stage during on of the performances. Causing security to pee themselves a little bit.

After the festival gates closed we headed over to the Showcases to enjoy more intimate performances in various bars around Perth.

The Jezabels showcase was packed, even the Doctor had to pull a few strings to get in, I slinked past security with the photographers.

Dan Sultan, watching him setup was entertaining on it’s own.